According to reports from multiple sources including Fabrizio Romano, Sky Sports, and the club, Manchester United manager Olé Gunnar Solksjær has signed a new deal at the club that will see him remain at the helm for at least the next three years. The Norwegian boss signed his new deal on Friday, the same day it was confirmed, signing a three-year extension with the option of signing for another year. 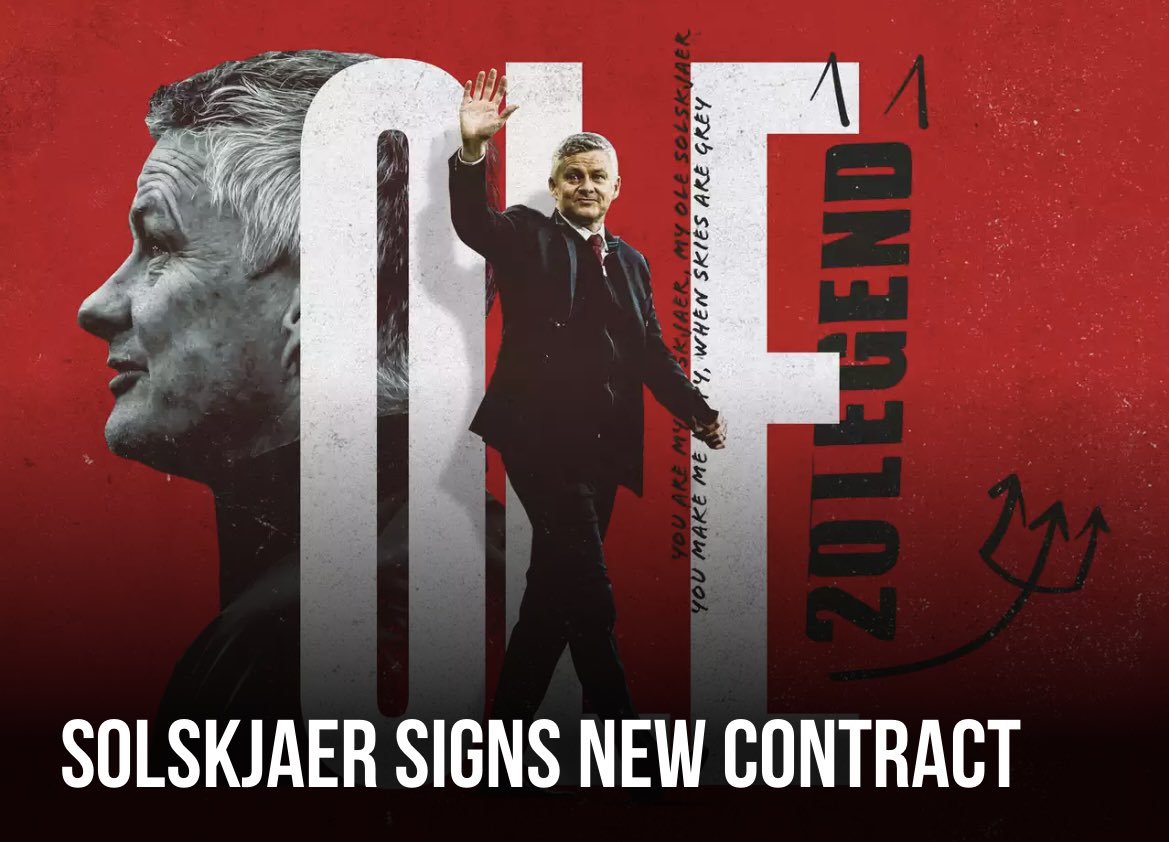 The Red Devils chiefs have been very impressed with the job Olé has done at the club since he was appointed in 2018 as José Mourinho's replacement. Although he has not been lucky enough to win any trophy at Old Trafford, there is a popularly believed opinion that he has brought about huge improvements at the club since his appointment after bringing them back to their traditional way of playing some fine attacking and fluid football.

Solksjær joined the club with a mission to first oversee a rebuild that would see him let go of the players he felt were not in his plans and he has progressed well in that aspect. Since his arrival, he has signed Harry Maguire, Bruno Fernandes, Jadon Sancho, Edinson Cavani, Aaron Wan-Bissaka, Donny Van de Beek, Daniel James, Amad Diallo, Facundo Pellistri, Alex Telles, Odion Ighalo, and goalkeeper Heaton. Of all the signings he has made since his arrival, Odion Ighalo is currently the only player that's no longer a United player.

With most of his signings being attackers, many believe that Solksjær is keen to guide the club to win titles and it's something the club:s former player, Michael Owen has lauded him for.

According to Owen, Solksjær has done a great job at United judging by the transfers he has made at the club. The former midfielder says what is left now is for the club to start actually fighting for trophies from next season.