The Premier League race has already finished as Leicester City came out on top and were crowned as the champions of England but the season still has not finished as there are teams which are competing trying to gather as many points as possible in order to avoid the bottom relegation zone while there are others that are attempting to snatch a Champions League spot or a Europa League one.

Manchester United still have a chance to snatch a Champions League position but even if they do manage to achieve this mission, this season still appears to be an underwhelming one for Louis van Gaal and his team as they were knocked out from the League Cup and from the Europa League.

The only piece of silverware that Manchester United can lift in this season is the FA Cup but they will have to overcome Crystal Palace in the finals on May 21st.

Former Liverpool player Michael Owen unveiled his thoughts concerning how things have been going out for Jurgen Klopp and what the German coach should concentrate on doing for the remainder of the season.

Michael Owen recommended Jurgen Klopp to forget about the Premier League and attempt to allocate all of his resources in way that could help Liverpool in lifting the Europa League which might be the only piece of silverware that Klopp secures in his debut season as the manager of Liverpool.

Michael Owen believes that Ryan Giggs will leave Manchester United if ever Jose Mourinho becomes the next manager.

Some pundits have pointed out that Giggs should be the next Manchester United manager because he knows the club inside out. But there are reports that Manchester United might have a tacit agreement with the Portuguese to manage the Red Devils next season.

However, Michael Owen believes that the task at hand can be beyond Giggs ability at the moment. He told the media that Giggs can one day manage the Red Devils but for the time being the team needs an experienced manager to take them out of their current problems. He believes that Mourinho has the necessary talent to put United back on track. He did not think that Giggs will stay as Mourinhoassistant and that he will be better off learning at another club.

Michael Owen expects Barcelona to increase the misery on Arsenal by getting another victory in the last 16 of the Champions League.

The Catalan club have already secured a 2-0 advantage from the first leg. Those two away goals coupled with the victory mean that their passage into the next round is virtually confirmed. Barcelona have been the strongest team in European football for the last five years and Arsenal have underperformed heavily during this same period. Such differences in quality is likely to tell in the second leg according to Owen.

Leicester City have been a revelation in the 2015/2016 Premier League season as they edge their way towards a title that nobody saw coming, but Michael Owen could see the Foxes becoming embroiled in a fight to avoid the drop next season if they do not capitalise on their success during the summer.

Speaking on the Fletch and Sav Show on BT Sport last month, Owen, who sat alongside Paul Ince as a guest, claimed that Leicester have some big decisions to make with the Champions League money the club will receive if they manage to achieve the fairytale ending to what has been a wonderful story.

Michael Owen says that striker Christian Benteke has struggled in his first half season with Liverpool largely because he has been lacking confidence.

The Belgian international made a big money move to Anfield. He had already established himself as one of the deadliest marksmen in the Premier League during his time at Aston Villa. Many doubted his ability to make an impact at Liverpool since the club largely prefer to play their football on the ground. As expected, the striker has struggled. Despite having a number of opportunities even against lesser clubs, Benteke has struggled to score.

His latest problems came in the win against Exeter City. Despite being presented with several clear cut chances, he failed to score and former striker Owen says that it is simply down to low confidence levels. Confidence is very important to the success of any striker.

Manchester United is having a fairly mediocre season as the English club is currently positioned in the 4th spot of the Premier League after having collected 29 points from the opening 16 matches of the season which have been played so far, they still have a realistic chance of becoming the champions of England but it has been a completely different story for them when it comes to the Champions League.
Louis van Gaal and his players did not manage to make it past the group stages of the Champions League after losing against Wolfsburg and did not have enough points to advance into the next stages of the European competition.

Louis van Gaal has admitted for the first time that he may have made a mistake with regard to selling the likes of Javier Hernandez and strikers in one go. Manchester United surprised many by allowing a number of new strikers to leave the club in the last few summers. 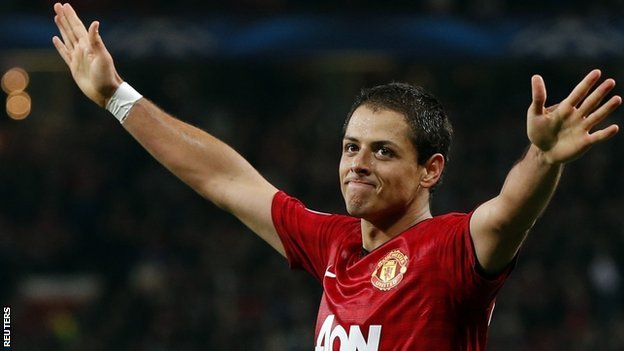 Even though the club brought in Anthony Martial for more than £ 35 million, they are left with only two top strikers to lead the line – Wayne Rooney and Martial. Both players have been highly inconsistent this season and it has been a major reason behind the club failing to score goals on a consistent basis.

Andy Townsend is also of the opinion that it’s the lack of speed in the Red Devils’ line up which is responsible for Wayne Rooney not having proved to be as productive in the ongoing season as he usually is. Rooney has not found back of the net that fluently of late, and on some of the live odds markets like StanJames punters have been able to get as high as 10/1 on him being the next goalscorer!?

You would not like to be too critical of him if you see his overall numbers. Seven goals in 19 games is not that bad a stat to have after all, but, the point to consider is that four out of those seven goals have come in Europe, while, one has come in the Cup which means that he has struck a couple of times only in the Premier League so far and we are already approaching the end of the first half of the season.

Sky Sports pundit Michael Owen claims that Arsenal have the ability to behind the disappointment of the midweek defeat against Bayern Munich to claim a crucial North London derby success this weekend.

Arsenal will be hosting archrivals Tottenham at the Emirates stadium in what is turning out into the top of the table clash between the two teams. Mauricio Pochettino has managed to turn Spurs into a real top four contender this season and they are only a couple of points behind Arsenal after almost 10 matches. Even a draw would be a great result for Spurs, who have been in fine form over the last couple of weeks.