Liverpool legend-turned-pundit Michael Owen has hailed the qualities of Pierre-Emerick Aubameyang after he found the scoresheet for the 14th time in the Premier League season against Fulham. The Gabon international only joined Arsenal from Borussia Dortmund at the start of 2018 but he has since adapted excellently with 26 goals already across all competitions. 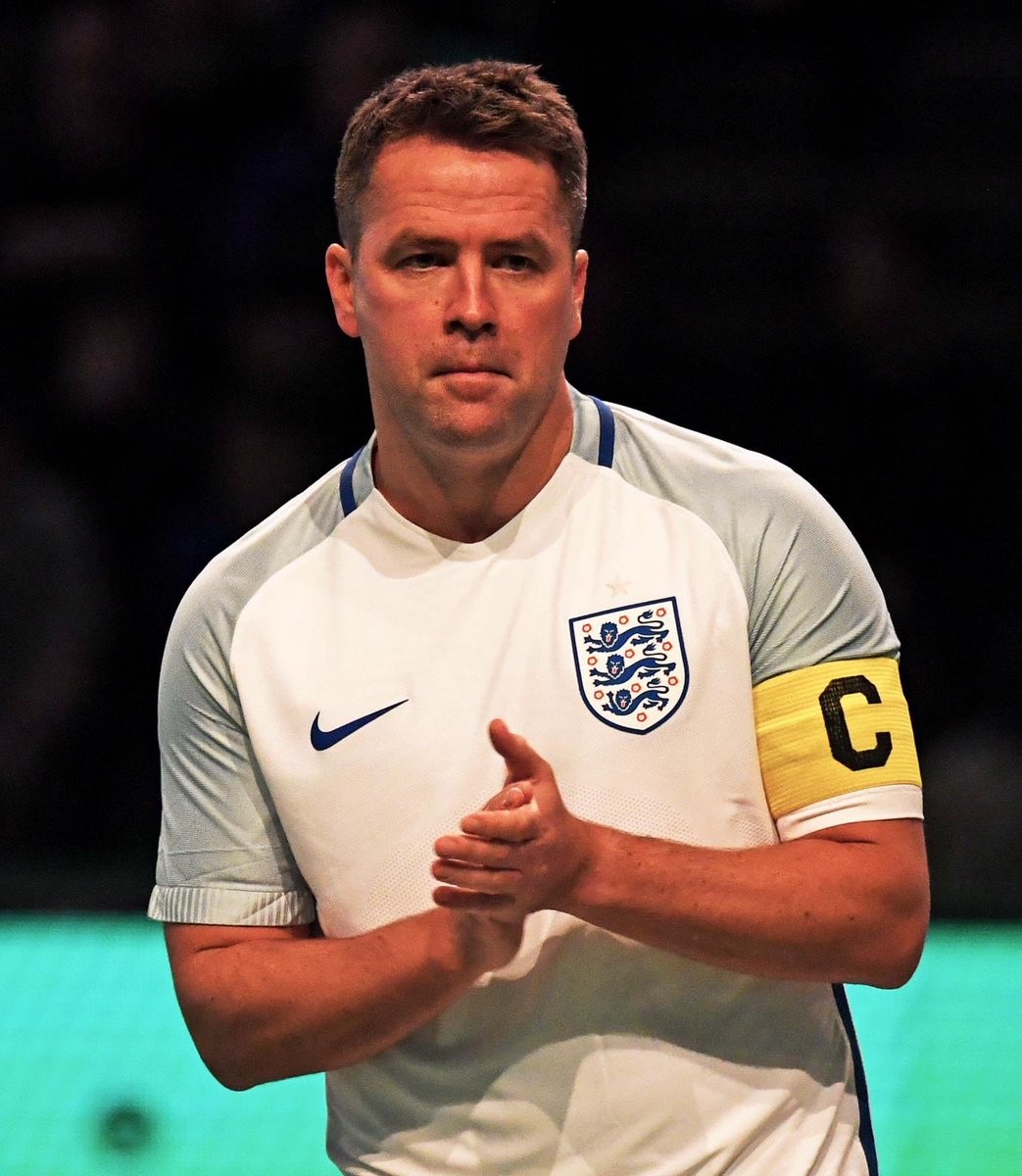 Speaking on BT Sport, Owen highlighted that Aubameyang is an outright goalscorer while praising his ability to pick the right kind of shot for every goal, he said:“He’s a goal-scorer. He’s got the pace to get into certain areas. The big thing about goal-scorers is that you have to maximise your chances of scoring with every chance you get. You have to choose the right finish, and I think he does that as well as most. He goes for power when he needs to go for power and he can place it and score different types of goals. He picks the right finish every time.”

Liverpool legend-turned-pundit Michael Owen has made a huge statement about goalkeeper Alisson following the Reds’ slender 1-0 win over Napoli in the Champions League on Tuesday night. Jurgen Klopp’s side required a victory to seal their progress into the knockout phase but they had to work hard for the outcome after ArekMilik nearly scored the leveller for Napoli in injury time. 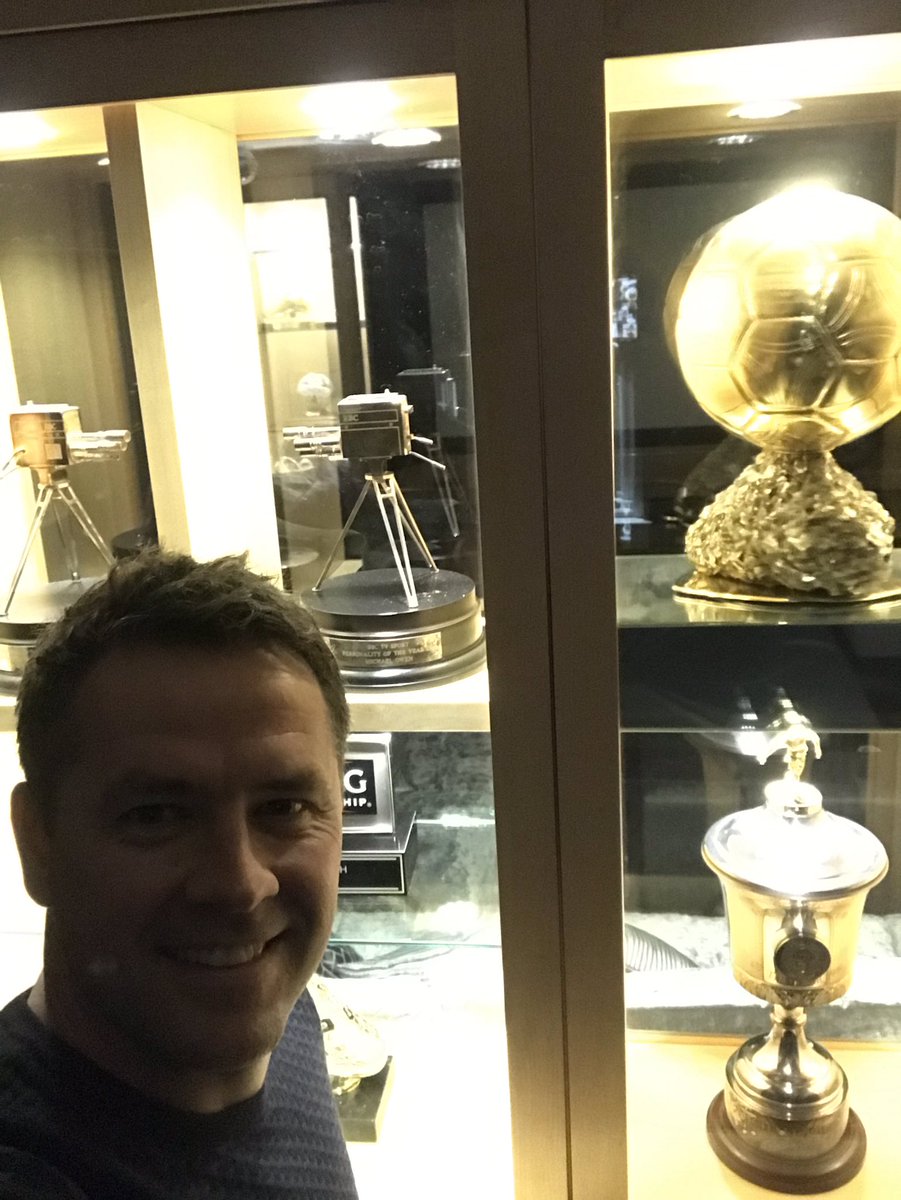 Thankfully, Alisson was at the right spot with a strong hand to push the attempt over the bar and speaking after the game, Owen believes the Brazilian has already made up for the hefty transfer fee paid by the Blues earlier in the summer, he said: “It’s a mental game really isn’t it. For all Liverpool’s chances and dominance, in the last minute it could have been so different. Listen it’s not the greatest save in the world, but wow is it important. He’s quick off his line, he’s made himself big. That save alone probably gets the transfer fee back for him. Getting into the next round you’re talking tens of millions aren’t you. It’s a fabulous save, sharp off his line.”

Michael Owen doesn’t think that Arsenal will be able to earn all three points in their away game against Manchester United. Arsenal’s recent form has been much more impressive than that of United as they clinched the London derby in a magnificent fashion last weekend by a margin of 2 goals. 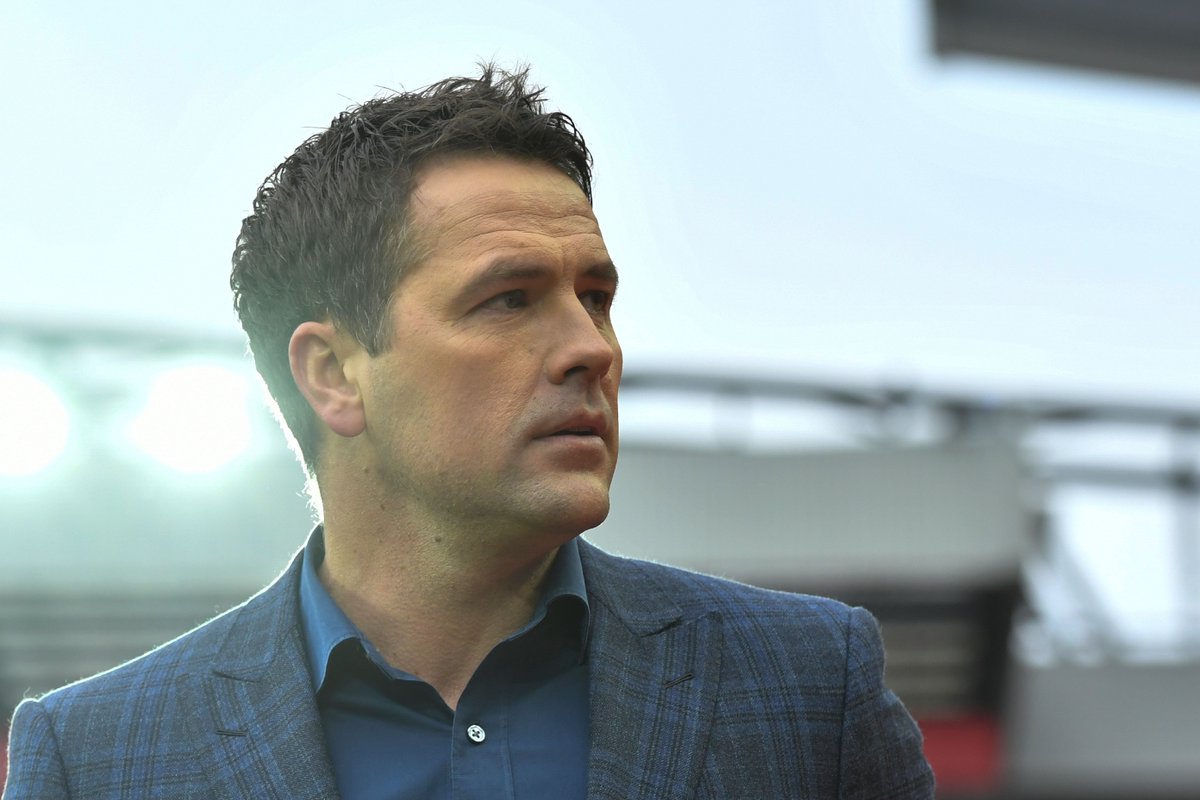 They are high on confidence and will surely be backing themselves for a win against the Red Devils who have been nowhere close to their best of late. United’s previous premiership game had ended in much disappointment as they failed to attain a victory against Southampton and had to be content with only one point.

Liverpool legend-turned-pundit Michael Owen believes his former side do not require to spend on another attacker, having already replaced Philippe Coutinho with Xherdan Shaqiri during the summer. The Switzerland international arrived from Stoke City earlier in July after the Reds agreed to trigger the £13.5m release clause written into the player’s contract.

Shaqiri thereafter made a slow start to proceedings with a bench role but of late, he has transformed in fortunes, contributing a goal or an assist in five of his previous six matches. In a report covered by The Star, Owen was full of praise for the former Champions League winner, who has quickly settled into the surroundings of his new club.

Liverpool legend-turned-pundit Michael Owen believes Rafael Benitez may regret offloading the likes of Dwight Gayle and Aleksandar Mitrovic during last summer’s transfer window. The Magpies had a genuine concern with their goalscoring last campaign and this saw them act upon the cause this term with an overhaul of their striking department. 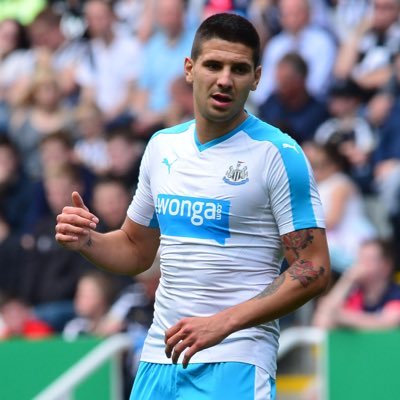 Salomon Rondon and Yoshinori Muto were recruited to reinforce the attack front with the former arriving on a swap-loan agreement including Gayle but the pair have since struggled to live up to their expectations. Speaking on BBC 5 Live Sport, Owen acknowledged that his former side are not playing well and they may end up regretting the decision to let go of Gayle and Mitrovic, who have impressed for West Bromwich Albion and Fulham respectively this term.

Liverpool legend-turned-pundit Michael Owen has posed concern over Arsenal’s defensive record, despite their good start to the season, under manager Unai Emery. The north London giants begun the campaign with successive defeats in the Premier League and they have since sorted out themselves with a run on nine victories across all competitions.

Despite this, they have not been able to keep clean sheets of regular intervals and Owen believes Emery’s side could be found out when they come against some of the elite clubs, he told BT Sport: “From an attacking point of view, Arsenal looked back to the good old days; they've got players that can hurt teams. Against the big boys I think their defence might have a couple of question marks next to it.”
Arsenal’s defence had been a prime concern during the previous campaign as they shipped over 50 goals in the Premier League. In this regard, there has not been much improvement with the team continuing to ship goals but they have shown some progress in terms of the away run compared to the previous season.

Liverpool legend-turned-pundit Michael Owen has admitted that he is still disappointed by the fact that he could not return to the Reds during the backend of his playing career. The former England international made a name for himself with the Reds between 1996 and 2004 where he contributed 158 goals across all competitions.

Speaking to The Football Ramble podcast, Owen stressed that he has no regrets for choosing to end his Reds stint for a move to Real Madrid but there remains the sense of disappointment of having failed to make an Anfield comeback, he said: “I was hoping I could always go back to Liverpool. That was the hope. But if I had said no [to Real Madrid] I just thought that would be an opportunity or an experience missed. I have no regrets and I definitely would have done the same again, it just so happened I couldn’t go back to my club. It never happened, I could never get back to what I consider my club and for that I am disappointed.”

Liverpool legend-turned-pundit Michael Owen believes the Reds should once more compete efficiently in the Champions League whilst making progress in the English top-flight. The Reds had an impressive 2017/18 season where they managed to end as the runners-up for the Champions League crown and they will return to the competition this term after finishing fourth in the league standings.

Speaking to BBC Radio 5 Live, Owen spoke about the Reds success in reaching the latter stages of European competitions and believes they could replicate the feat once more this season. He added that the Reds should provide a better challenge in the Premier League this term, though the title could be decided by how reigning champions Manchester City fare through the campaign.

Liverpool striker Daniel Sturridge has admitted that he is surprised with the output provided by Naby Keita on the playing field. The Guinea international joined the Reds from RB Leipzig for a reported fee of around £52.7m this summer and he has since made a good impression in the pre-season games.

Speaking to Liverpool’s official website, Sturridge said that he has been impressed with the way Keita has coped since making the switch to Merseyside, he said: “I love that guy. I'm surprised how good he is actually, if I'm honest. I knew he was good but I don't watch German football too often. I haven't seen a midfielder like him for a while, he is something different. It's crazy. The things he can do with the ball – he can defend, he can pass, he can dribble, he is fast, he is strong. We share some good times and have a lot of laughs together. I like him a lot, he's a good guy.”

Liverpool legend-turned-pundit Michael Owen has backed Brazil to win the World Cup finals in Russia after the disappointment in the previous edition in their home country. Writing in his column in Metro, Owen highlighted that Brazil are one of the most balanced teams at the global tournament and they just need to avoid the slice of back luck to secure another major trophy. 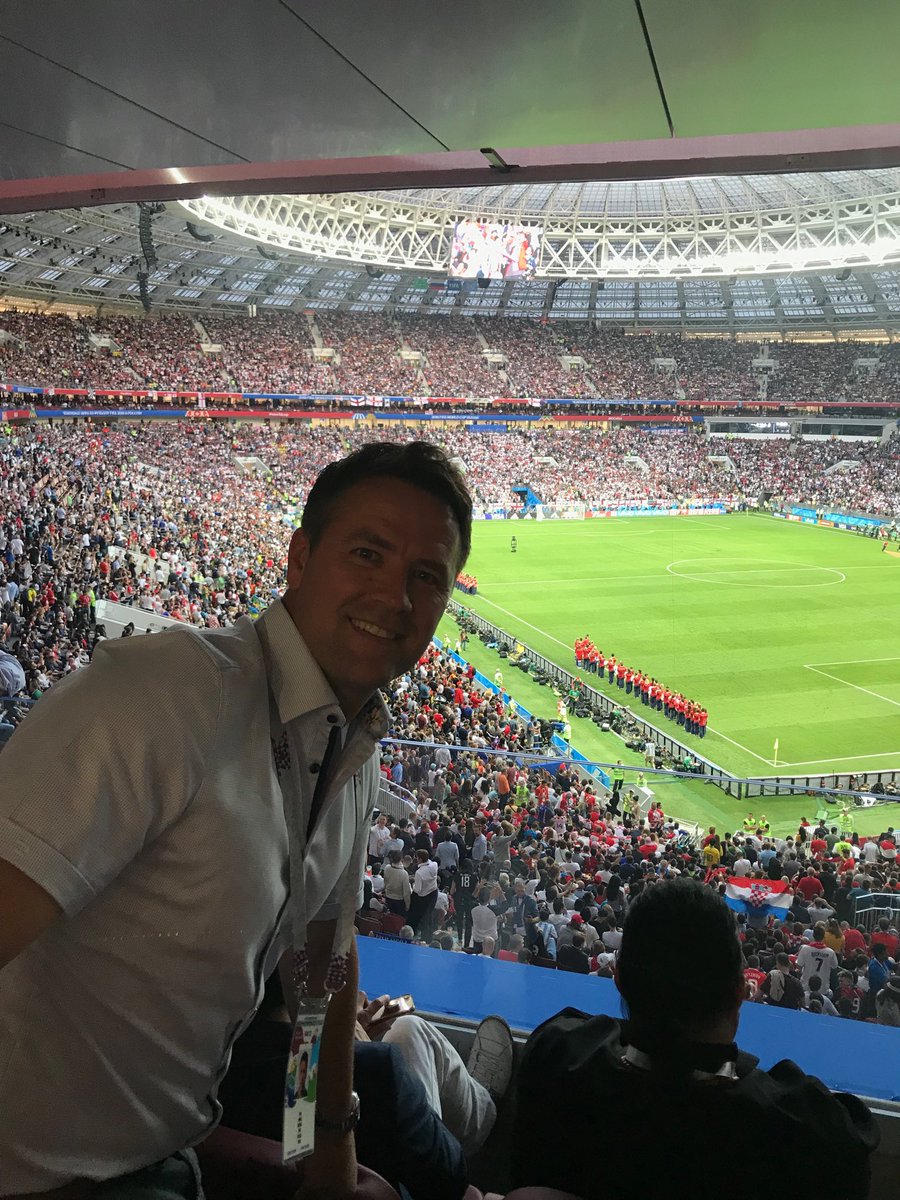 He penned: “This looks a beautifully balanced Brazil side who don’t need good luck to lift the Trophy – they just need to avoid bad-luck. I’m looking forward to seeing how the mercurial Philippe Coutinho dovetails with Neymar in tournament competition and Brazil look worthy favourites for the title.”
Brazil begun their World Cup campaign with a 1-1 draw against Switzerland and they appeared to be heading for a similar result against Costa Rica before late goals from Philippe Coutinho and Neymar secured a 2-0 win for the Selecao. As such, they are now the front-runners to progress beyond the group provided they avoid a defeat against Serbia and they could thereafter face Germany in the round of 16 stage.